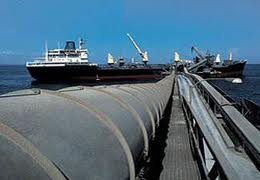 The tankers of KazMorTransFlot National Maritime Shipping Company JSC of Kazakhstan started transporting oil cargo from Turkmen ports as of January 2015, the company said on Jan. 6.

“It is planned to transport the cargo by ‘Almaty’ and ‘Aktobe’ tankers towards Makhachkala (Russia) and Baku (Azerbaijan) ports,” said the company.

Turkmen ports will become the main loading points for the two mentioned tankers throughout 2015, according to KazMorTransFlot.

Oil transportation from Turkmen ports became possible thanks to the company’s strategy for the further diversification of business, according to KazMorTransFlot.

Previously, the company’s tankers were mainly carrying oil cargo from the Aktau port.

“The decision on transferring the tankers to other routes was adopted under the conditions of the gradual decrease in oil shipments from Aktau port because of the reorientation of Kazakh oil to pipeline routes,” said the company.