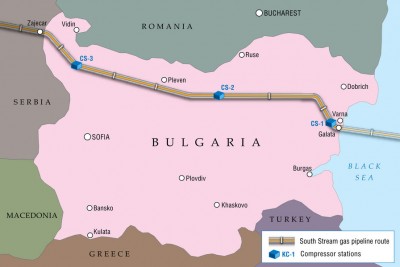 The Bulgarian government has approved the program fot stable development of Bulgaria till 2018, which evisages construction of the South Stream gas pipeline.

“We have not seen official notification about suspension of the project. For this reason it is still a part of our state program” said Rumian Bychvarov, Bulgarian Vice Premier, and added that Bulgaria intends to build the South Stream though support of the European Union and according to its recommendations.

Bulgaria does not disclose the details.

A week earlier Gasprom has repeatedly said that the Turkish Stream gas pipeline will be built through the Black Sea bypassing Bulgaria towards Turkey and a powerful hub for gas distribution in the EU member-states will be built on its territory.

Gasprom has also offered the EU not to delay construction of the pipeline to the Turkish hub, because as soon as hub is launched, transit through Ukraine to Europe will be stopped and the EU member-states could be left without gas in 2-3 years.