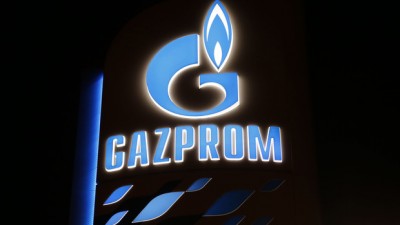 When Russia canceled a planned pipeline to deliver natural gas to Europe across the Black Sea last month and said it would redirect the project to Turkey, some thought it was a bluff, others a sign of financial weakness and still others a rebuke to the West over Ukraine as President Vladimir Putin turned elsewhere to look for new partners.

In reality, the change made good commercial sense and should have happened years ago, according to a new report by some of the most knowledgeable people on Russia’s gas industry.

The shift also means that Gazprom, Russia’s state-controlled gas company, won’t be able to completely cut Ukraine out of the transit business, as the original South Stream pipeline had sought to do, for years to come. And, the authors might have added, the new arrangement is healthier for Europe, too.

The cancellation of South Stream is part of a broader change of strategy for Gazprom that plays to the company’s strengths, say Jonathan Stern, Simon Pirani and Katja Yafimava at the Oxford Institute for Energy Studies.

The previous strategy to acquire distribution networks deep in EU markets. And while the report’s authors are more cautious, this was also in part politically motivated. It was meant to exert Russian political power as much as to make profits for Gazprom, which is one reason the European Union drew up regulations to obstruct it.

South Stream was expensive — conservatively priced at about $20 billion and by some estimates as much as $65 billion. It never made commercial sense, even when EU demand for gas was projected to soar and Gazprom controlled prices by negotiating separate long-term contracts with individual buyers.

Today, Gazprom faces new price competition from spot markets at gas hubs around the EU. Plus, new EU rules — some still being written — would force Gazprom to open up its European pipelines to other suppliers and distributors.

The Ukraine crisis prompted EU officials to move aggressively against South Stream for not complying with the new rules. And collapsing oil prices (to which long-term gas contracts are tied) made the economics of South Stream look even worse. Eventually, Gazprom pulled the plug.

The company then proposed redirecting the pipeline project to Turkey, its second-largest customer in Europe and the only European market projected to grow strongly. The gas Turkey now gets via Ukraine would come direct from Russia. And any additional amounts could be taken to a hub at Turkey’s EU border and sold. Nevertheless, Gazprom would still need to send substantial amounts of gas to Europe through Ukraine until at the very least 2020, according to the Oxford report.

It’s by now clear that Gazprom’s pivot to Turkey was not a bluff, even if negotiations on price and the pipeline’s route continue. Gazprom has already allocated resources to the Turkish project.

Nor was the South Stream decision based only on cost. That couldn’t explain why Gazprom hired two barges and 200 personnel to start laying pipes on the seabed, Stern and his team said.

Other decisions taken at about the same time suggest a bigger shift at play: Gazprom abandoned efforts to buy 100 percent of the Opal gas pipeline, which lies entirely within Germany. It also walked away from advanced talks on an asset swap that would have given more extraction assets in Western Siberia to the Wintershall unit of BASF Group, in exchange for Gazprom’s full ownership of the German company’s interest in a domestic storage and trading business in Germany.

Not long before, Gazprom had finally agreed on terms to supply piped gas to China and iced its plans to develop terminals to export liquid natural gas. Putin sold that move as punishment for the EU and proof he could find alternative markets. But in essence, Gazprom is returning to the business it knows better than anyone else and the one it can more easily afford: extracting and delivering natural gas through pipelines.

Russia’s gas giant no longer has ambitions to own the whole extraction-to-European-consumer chain, or to invest in expensive LNG technologies. Instead, it will have a simpler, transactional relationship with the EU in the sale and purchase of gas. And that is exactly as it should be.