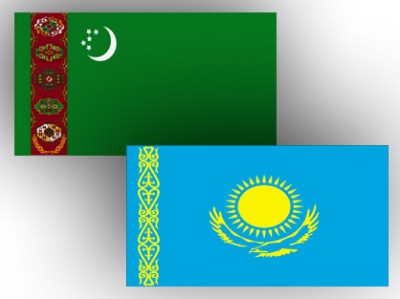 President of Turkmenistan Gurbanguly Berdimuhamedov and President of Kazakhstan Nursultan Nazarbayev, who will pay an official visit to Ashgabat on December 2, will discuss the prospects for expanding cooperation between the two countries, the Turkmen government said.

During the meeting the sides will also discuss some aspects of international politics of mutual interest.

“Of course, the meeting of the presidents of Turkmenistan and Kazakhstan will serve as a powerful impetus to maximally use the potential opportunities of the neighboring countries, having a significant resource base and developed infrastructure,” the Turkmenistan state news agency said.

“This opens great prospects for joint activity in various directions, especially, energy and transport sectors. Both countries give a priority to the development of these sectors.”

Turkmenistan and Kazakhstan are involved in a large project for the gas supply from Central Asia to China. The China National Petroleum Corporation (CNPC) has been buying gas in the region since 2009 after the first two branches of the gas pipeline (A and B) were commissioned from Turkmenistan through Uzbekistan and Kazakhstan. The third branch (C), which also passes through this route, was put into operation in May 2013.

Together with the presidents of Turkmenistan and Iran, President Nazarbayev is expected to take part in the opening of the Uzen-Bereket-Gorgan railway line Dec. 3, which passes through three countries, a statement says.

“The importance of Turkmenistan’s and Kazakhstan’s understanding in the mutual adherence to more active integration into the international economic space, the two countries’ common views on the further development of the Central Asian region should be stressed,” Neutral Turkmenistan newspaper said. “The principles of respect, equality and mutually beneficial partnership, observed in the modern interstate relations, are the determinants.”