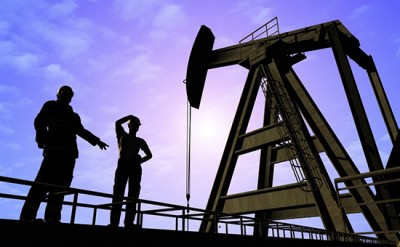 The plummeting price of crude has led to a lot of speculation about its broader, geopolitical impact. Many now believe that petro-plutocrats, like Russia’s Vladimir Putin, will finally be brought to heel and that $100-a-barrel oil is a thing of the past. Don’t jump to conclusions.

Prices have fallen because OPEC – to put it more precisely, OPEC’s key swing producer, Saudi Arabia – has decided to open its taps to make sure that it does not lose market share as other producers, like the U.S., come on stream and global demand remains soft. But don’t expect falling energy prices, in what is clearly a boon to the pocketbooks of consumers around the world, to change much on the world’s messy geopolitical landscape.

Myth #1: The plummeting price of oil will curb Vladimir Putin’s military and political ambitions. The simple message here is don’t count on it. To be sure, falling oil prices have dug a big hole in Mr. Putin’s pocket book. However, Mr. Putin has billions stashed in Russia’s National Wellbeing fund, which he can use to cushion the shock and stave off cuts in social services, at least for now.

He has gotten cozy with the Chinese and the Turks in a bid to diversify Russian energy sales away from Europe. He has signed not one but two major gas deals with China this year that will supply China with nearly 20 per cent of its total gas needs by 2020. Confronted with Bulgarian and European Union intransigence, Mr. Putin cancelled the South Stream pipeline, which will now go through Turkey, which has agreed to buy 14 billion cubic meters of the pipeline’s 63 million cubic meter capacity, with the rest going to the Balkans.

There is also little evidence that the new Cold War along Russia’s Western borders is going to thaw anytime soon. Ceasefires have been repeatedly broken in Eastern Ukraine. Mr. Putin is rattling Moldova’s cage because of its overtures to the European Union (its eastern Trans-Dniester region is already under the control of Russian-backed separatists). The breakaway Abkhazia region of Georgia just signed a foreign policy and security defense pact with Russia. The Baltic republics – Estonia, Lithuania, and Latvia – are also feeling the pressure as Mr. Putin ups his espionage campaign and troop movements along their borders.

It is the combination of sanctions, currency speculation, private capital outflows and oil price drops that make this a perfect storm for Russia. The risk is more geopolitical trouble-making and internal repression as Mr. Putin’s tries to keep himself in power if the new Russian middle class turns on him as the months pass.

Myth #2: Iran will make concessions in nuclear talks. Some believe that weak oil prices coupled with the longstanding impact of sanctions will force Iran’s hand at the negotiating table. But Iran has made few concessions to the frustration of Western leaders and the deadline for an agreement has been shoved back for another six months. During the past decade, Iran has squirrelled away a healthy chunk of its oil revenues into a National Development Fund for a rainy day like now. Iran’s Supreme Leader Ayatollah Khamenei has called on his people to create an “economy of resistance” to deal with these new petro-pressures on its nuclear position.

Myth #3: Low oil prices are here to stay. Some pundits believe that the days of $100 oil are a thing of the past as the world economy slows down, new sources of supply come on stream, and consumers become more conservation minded. Think politics and not just the laws of supply and demand when it comes to the price of oil. Another Middle East war or a meltdown in a key producing country would almost certainly send prices skyrocketing again. As the U.S. tries to limit its own engagement in the Middle East because of its own growing energy independence, more trouble will surely come as others fill the vacuum.

Furthermore, if countries like Canada are constrained from bringing increased production to market because of political blockages or deficiencies of infrastructure by end of this decade (as Alberta’s premier Jim Prentice observed recently in Vancouver) there will be an obvious impact on price. These myths suggest that price volatility on oil will continue as the real sources of future energy power fluctuate in an increasingly unsettled world.

Derek H. Burney was Canada’s ambassador to the U.S. from 1989-1993. He was directly involved in negotiating the Free Trade Agreement with the U.S.; Fen Osler Hampson is a distinguished fellow and director of Global Security at the Centre for International Governance Innovation and Chancellor’s Professor at Carleton University. They are the authors of Brave New Canada: Meeting the Challenge of a Changing World.