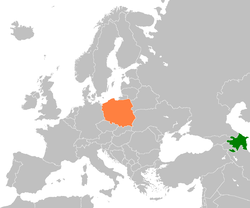 In 2014 State Oil Company of Azerbaijan (SOCAR) exported over 750,000 tons of crude oil to Poland, Azerbaijani Energy Minister Natig Aliyev said at the Azerbaijani-Polish business forum in Baku on December 15, 2014.

“Azerbaijani and Polish companies have established a successful cooperation in the energy, oil and gas industry, industry, transport and other fields. At present SOCAR owns 27.24% shares in the Sarmatiya project and in order to maintain its activities in JV in 2015-2016 the company has expressed its readiness to invest additional capital into the enterprises,” Minister said.