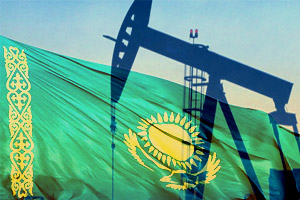 Turkmenistan, with its rich gas resources, presents itself as a very attractive source for two large proposed energy projects. One of them – the Trans-Caspian gas pipeline project within the Southern Gas Corridor, directed to the European markets, and another one – Turkmenistan-Afghanistan-Pakistan-India (TAPI) gas pipeline project.

Both are of great interest of Turkmenistan, because they will allow the country to diversify its gas export routes. At the same time the final consumer in both projects represents a market with large energy needs, which are expected to grow in the future.

Europe, which is highly dependent on one supply source, is keen for alternative gas, and Turkmenistan may perfectly meet that need. On the other hand, India, which currently imports one third of its energy needs, is expected to see a significant rise in energy demand and become one of the most import dependent nations in the world.
From the point of market attractiveness, both mentioned projects are very interesting for Turkmenistan, which also pursues a policy of diversification regarding its export routes.
However, if compare the real chances for implementation, the Trans-Caspian pipeline project seems to have a better position. Of course, the project faces some difficulties. In spite of the interests of all involved parties to realize it, the unresolved status of the Caspian Sea and opposition from Russia and Iran towards the project, is a sticking point of all discussions.

However, the Trans-Caspian pipeline will be a part of the huge Southern Gas Corridor project, which has already got off to a good start. The first gas within the second stage of Azerbaijani Shah Deniz field development – the initial source for the project – will flow to the European markets in 2019.

Turkmen gas could potentially be the supply source at the following stages – that is, if the Caspian Sea status issue to be resolved by the time. All preconditions for that are in place, and taking into account the results of the last Caspian summit, the issue has good perspectives.

With regard to the TAPI project, the main problem here is the political aspect. The most part of this large 1,735-kilometer pipeline will go through politically unstable countries – Afghanistan (735 kilometers) and Pakistan (800 kilometers). This is the long-term problem, and the supplies of Turkmen gas through this pipeline will be always at risk. This may not be favorable for Turkmenistan, just as for any other country-exporter.

Thus, the gas supplies via this route will always resemble a time bomb which could be activated at any time.

It also worth to note the commercial aspect of this project – given the scale of TAPI – it’s cost, which is yet to be revealed, will be quite significant.

The construction of TAPI is expected to start in 2015. Whether this project can be a reality or not, is a short-term question.

Taking into account the capacity of TAPI – 33 billion cubic meters of gas per year – we can propose that its successful implementation will reduce the chances for the Trans-Caspian project. And with regard to Turkmenistan’s choice between these two projects, some may say that “a bird in the hand is worth two in the bush”. But not in this case.

This is exactly the case when it is better to wait and have reliable and stable supplies, which can be provided for Turkmen gas through the Trans-Caspian pipeline project. All is needed at this time is more efforts from all involved parties.