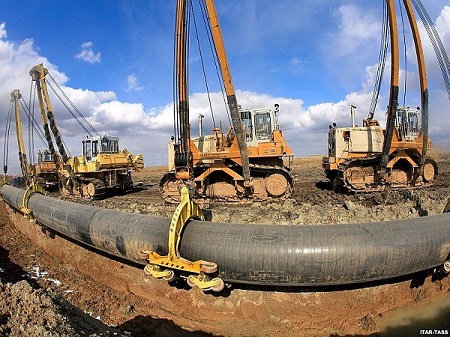 Trans Adriatic Pipeline AG (TAP) has issued its next Invitations to Tender (ITT) for compressor stations in Greece and Albania. TAP is issuing two separate ITTs – one for Greece and one for Albania.

The metering station is designed to measure natural gas coming from the Greek section of TAP.Design and specification for the compressor stations is in line with TAP’s initial capacity of 10bcm per annum – gas transported from Shah Deniz II to Europe – with a possibility to expand that capacity up to 20bcm per annum.

Construction of the Trans Adriatic Pipeline is planned to begin in 2016. TAP’s highest elevation will be approximately 1800 meters in Albania and the pipeline will, on its route, cross many roads and rivers.

Knut Steinar Kvindesland, Procurement Director at TAP said: “The selection of bidders who have been invited to tender for compressor stations has successfully passed a rigorous prequalification process. The bidders’ ability to meet TAP’s high standards on Health, Safety and Environment and their ability to demonstrate a zero harm policy have and will be key in selecting bidders.”

TAP’s Engineering, Procurement and Construction (EPC) contractors will also be responsible for further securing additional subcontractors to implement specific parts of the contract assignment. This could create additional employment and business opportunities, thereby contributing to economic prosperity in the countries that TAP will cross.