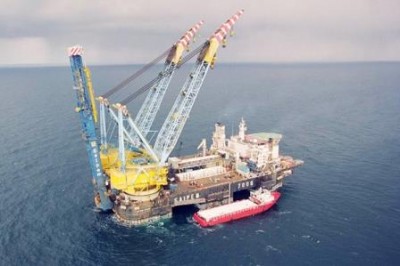 Russian energy giant Rosneft is waiting to see what Eni plans to do with its 43-percent stake in Saipem before deciding whether to buy into the Italian oil services company.

State-controlled Italian oil giant Eni has previously said it wants to sell down its stake in Saipem to focus more resources on its bread-and-butter business of finding oil and gas.

“Saipem is not currently on the market, we are waiting for a proposal,” Rosneft CEO Igor Sechin said on the sidelines of a conference, when asked if the company was interested in Saipem.

Rosneft, Russia’s biggest crude oil producer, could benefit from having one of the top Western oil service companies on board as it seeks out experience and know-how for tapping deep water fields in the Arctic.

Earlier on Thursday, Sechin said Rosneft, which already partners with Eni on several projects in Russia, was ready to continue investing in Italy as attractive opportunities came up.

The Kremlin-controlled firm is fighting against Western sanctions over Ukraine which have hit its output and prospects for its push to tap Arctic riches.

Bankers said it was unlikely Rosneft would buy a large stake in Saipem if Eni were to sell its entire 43 percent holding. Under Italian law, if a company holds more than a 30 percent stake it must bid for the rest of the shares, and this could complicate Saipem’s relations with other large oil companies.

“Rosneft could buy a small 10-20 percent stake but I can’t see it taking more. Aside from sanctions, it’s not practical. No oil major would give sensitive information to Saipem if they knew a competitor controlled it,” a Milan banker familiar with the matter said.

Eni, the biggest buyer of natural gas from Russian gas giant Gazprom, is a major buyer of oil from Rosneft and has a joint venture with the company for the exploration of assets in the Black Sea and the Barents Sea.