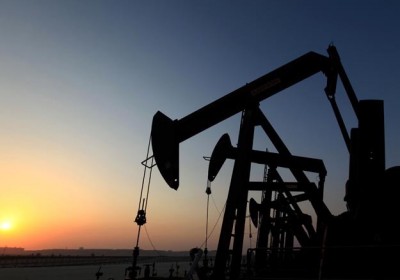 OPEC Gulf oil producers will not propose an output cut on Thursday, reducing the likelihood of joint action by OPEC to prop up prices that have sunk by a third since June and raising the prospect of a global oil price war.
“The GCC reached a consensus,” Saudi Arabian Oil Minister Ali al-Naimi told reporters, referring to the Gulf Cooperation Council which includes Saudi Arabia, Kuwait, Qatar and the United Arab Emirates. “We are very confident that OPEC will have a unified position.”
“The power of convincing will prevail tomorrow … I am confident that OPEC is capable of taking a very unified position,” Naimi added.
A Gulf OPEC delegate told Reuters the GCC had reached a consensus not to cut oil output. Three OPEC delegates separately told Reuters they believed OPEC was unlikely to cut output when the 12-member organisation meets on Thursday.
The OPEC meeting will be one of its most crucial in recent years, with oil having tumbled to below $78 a barrel due to the U.S. shale boom and slower economic growth in China and Europe.
Cutting output unilaterally would effectively mean for OPEC, which accounts for a third of global oil output, a further loss of market share to North American shale oil producers.
If OPEC decided against cutting and rolled over existing output levels on Thursday, that would effectively mean a price war that the Saudis and other Gulf producers could withstand due to their large foreign-exchange reserves. Other members, such as Venezuela or Iran, would find it much more difficult.