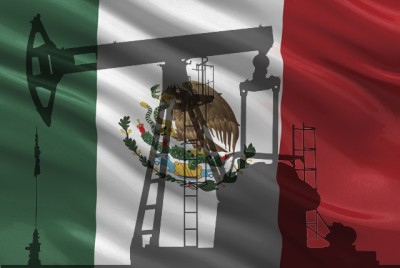 Mexico is poised to become Latin America’s economic star in the coming decade. The government’s recent reform of the energy sector will contribute directly to economic performance by reducing the cost of manufacturing. In the context of the North American Free Trade Agreement (NAFTA), the resulting increase in manufacturing competitiveness promises to boost Mexico’s growth substantially.

Until the government adopted the necessary constitutional amendment and enacted the associated enabling legislation, Mexico’s energy sector was entirely state-owned. The sector’s most important component, Pemex, owned all of Mexico’s oil and gas reserves, and was exclusively responsible for exploration, production, and retail distribution. Electricity production and distribution, too, was entirely in the hands of the government.

Pemex’s limited technical know-how meant that it could not fully develop and exploit Mexico’s vast oil and gas resources. There are substantial oil reserves that require deep-water drilling technology that the company lacks. There are also old wells that have stopped producing but that could be made productive again with modern technologies. And there are potential gas and oil fields that can be tapped only with the new technologies of fracking and horizontal drilling.

Until the reform, energy reserves had long been regarded as a national patrimony that could be developed only by Pemex. Because the constitution prohibited any direct or indirect foreign ownership, there was no way to provide incentives for foreign firms to share their technology. But that foreign technology offered such important potential gains that President Enrique Peña Nieto was able to marshal a majority in the Mexican congress to amend the constitution and pass legislation that will bring foreign energy firms to the country.

Opening the energy sector completes the agenda of economic integration that began when NAFTA was approved in 1994. That agreement transformed Mexico from a very closed economy with few manufacturing exports into an economy that is now closely linked with the United States. The expansion of Mexican oil and gas production will consolidate those links and contribute to North American energy independence.

Mexico’s manufactured exports have increased tenfold since NAFTA began, with roughly 80% now going to the US. Many multinational US companies have located plants in Mexico as part of their overall production process, which is closely tied to inputs sourced domestically. Indeed, manufacturing relations between the US and Mexico are such that some 40% of the value added in Mexican exports to the US is actually of US origin.

The new energy reforms will also allow Mexico to benefit from lower-cost gas from Canada. The price of gas in the US and Canada is only about half the current price in Mexico (and less than half the price in Europe and Asia). Mexican access to cheaper gas will boost Mexican petrochemical industries and lower energy costs for manufacturing. Experts estimate that the cost of electricity to Mexican manufacturers could fall by as much as 20%.

Privatizing Pemex and the national electric company will also allow trained, professional managers to replace state bureaucrats and bring an end to trade unions’ current major role in the management process. Furthermore, privatization will remove the constraints on investment that the government budget has imposed on Pemex and the electric company.

Even before the energy-sector reforms, Mexico had been pursuing sound macroeconomic policies for a considerable period of time. As a result, the country has benefited from low inflation, small fiscal deficits, and manageable current-account deficits. And, though Mexico operates a free-floating exchange-rate regime, the peso’s value against the dollar has been stable.

None of this is to deny that Mexico still must confront other significant problems. For example, primary and secondary education needs improvements that the teachers’ unions are blocking, and criminal activity, much of it drug-related, makes personal security a serious concern throughout the country.

But, despite such problems, the energy and electricity reforms, and the deeper links with the US and Canada that they imply, promises to accelerate Mexico’s growth rate, boost employment and income, and thus raise Mexicans’ standard of living.