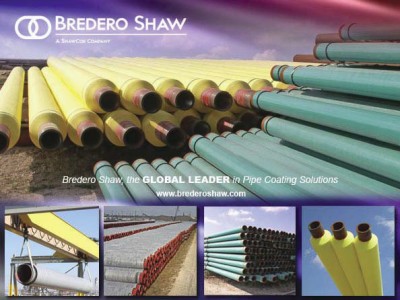 The contracts, which are for subsea flow-line coating and early subsea export line coating, have been awarded to Bredero Shaw International B.V.  (USA, Texas), according to the report.

Coating will commence in late 2014, with initial deliveries of coated pipe being available for commencement of the first offshore pipeline installation campaign in 2015, and later deliveries for the second campaign in 2018.

The gas to be produced as part of the Stage 2 of the field’s development will be exported to Turkey and to the European markets by means of expanding the South Caucasus Pipeline and construction of the Trans-Anatolian Gas Pipeline (TANAP) and the Trans-Adriatic Pipeline (TAP).

Since the final investment decision last December the Shah Deniz 2 projects have made good progress. Most of the major engineering, construction and supply contracts, valued at some $9 billion, have been awarded and early works already started in most construction areas across Azerbaijan and Georgia.