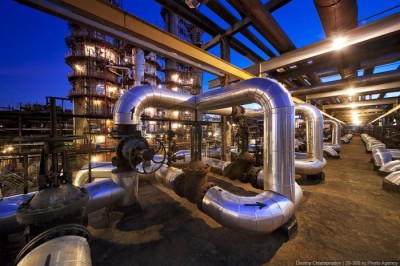 SOCAR Polymer, the newly formed plastics subsidiary of SOCAR, the state oil company of Azerbaijan, is set to commission a planned 200,000 tpa polypropylene plant towards the end of 2016.
The launch of this PP unit is the first of two polymer lines planned for SOCAR’s newly created Sumgayit Chemical Industry Park (SKSP) petrochemicals zone close to Azerbaijan’s capital Baku.
The group expects that a 100,000 tpa low density polyethylene, also planned by SOCAR Polymer is scheduled to go on stream at the same Caspian Sea location some months later than the PP start up, according to Mukhtar Babayev, head of the group’s Azerkimya production subsidiary.
The group will maintain its 51% stake in the SOCAR Polymer project while offering the remaining shares to privately owned investing companies. SOCAR Polymer was created with total authorised capital of around €41m for the implementation of the scheme.
Azerkimya plans a longer term project to establish a bigger €13bn oil, gas and petrochemicals complex near Baku with butadiene, PE and PP production. This will include 670,000 tpa PE and 550,000 tpa PP plants and is set to be launched in 2020.