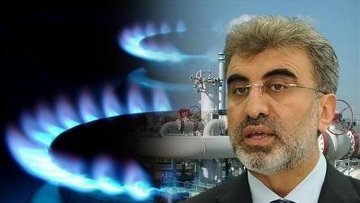 Since next year Turkey will stop gas import from Azerbaijan and Iran on the “pay and take” principle, Turkish NTV channel quoted Turkish Minister of Energy and Natural Resources Taner Yildiz as saying.

“This means that we no longer have to pay for the non-purchased gas. Advance payment is money of our citizens and we should be aware of that. I am sure we will settle that,” Yildiz added.

A source from State Oil Company of Azerbaijan (SOCAR) told private ANS TV channel that in this case Turkey will have to pay more for the imported gas, because the supplier’s risks will grow. “The production company should know the volume of gas the buyer is going to purchase six months ahead and make investments on the basis of this volume. It is impossible to extract oil or gas during a short period and deliver it to the supplier,” explained SOCAR’s representative.