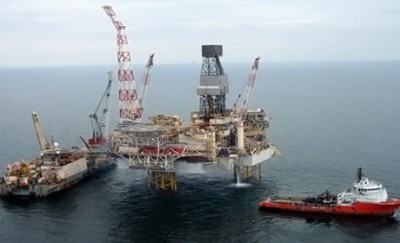 Changes have taken place in the list of shareholders of the project for development of the Shah Deniz field, the largest gas project in Azerbaijan.
One of the project partners, the Norwegian company Statoil, struck a deal with the Malaysian company Petronas to sell 15.5 percent share in the project. The company also sold a share of the same volume in the South Caucasus Pipeline (Baku-Tbilisi-Erzurum). Statoil is one of the largest shareholders (20 percent) in the Trans Adriatic Pipeline (TAP) project, which will deliver gas from the Shah Deniz field to the European markets.
One could have assumed that the Norwegian company will follow the steps of French Total, which just recently left TAP, also initially selling its stake in the Shah Deniz.
It is unlikely however that Statoil will do so, given the fact that Norwegian company’s share in the project remained unchanged during the recent changes in the list of the project’s shareholders.
Currently, the shares in TAP are as follows: BP – 20 percent, SOCAR – 20 percent, Statoil – 20 percent, Fluxys – 19 percent, Enagas – 16 percent, and Axpo – 5 percent.
On the other hand, Statoil seems to have been gradually preparing to leave the Shah Deniz project and the South Caucasus Pipeline. Back in May 2014, the Statoil completed the sale of a 10-percent share in these projects to SOCAR and BP.
Petronas’ entrance into the Azerbaijani market may not be a coincidence. The Malaysian company already has experience in working in the Caspian region.
In particular, the company Petronas Carigali has been presented in the Turkmen sector of the Caspian Sea since 1996 in line with a production sharing agreement (PSA).
The contract area includes such fields as Diyarbakir, Magtymguly, Ovez, Mashrykov and Garagol Deniz.
Petronas started commercial production and export of oil in Turkmenistan in May 2006 and the crude oil produced by the company is transported through Azerbaijan.
Petronas expressed readiness to conduct the commercial production of natural gas in July 2011. In the same year, the company commissioned a large production complex in Turkmenistan, which included a gas processing plant and onshore gas terminal which receives natural gas from the fields in the Turkmen shelf of the Caspian Sea.
The design capacity of the complex is 10 billion cubic meters of gas per year. This volume could presumably become raw material base for the supposed Trans-Caspian pipeline which would ensure the supply of Turkmen gas to European markets through Azerbaijan’s territory.
Turkmenistan has repeatedly showed interest in exporting its gas via this route and Azerbaijan, for its part, has expressed readiness to offer its territory for transit. However, some political problems, including the undetermined status of the Caspian Sea hinder the creation of necessary infrastructure to provide the European consumers with Turkmen gas.
By obtaining shares in two Azerbaijani projects, which are the part of the large-scale project for delivering gas from the Caspian Sea to the European market, Malaysian Petronas once again proved itself as an important, promising and attractive company for the foreign investors.
Petronas company will not only play a role in ensuring the supply of Azerbaijani gas to Europe, but also will be able to promote the joining of an additional supplier such as Turkmenistan the Southern Gas Corridor in the future.