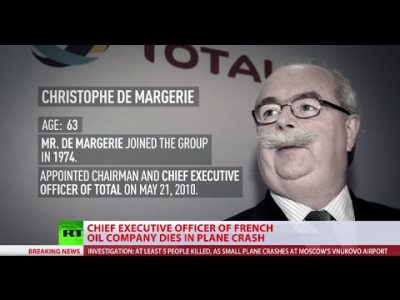 Board of French Total energy concern will meet “as soon as possible” after death of its President Christof de Marjerie. Among the possible successors of de Marjerie they name Total President for Exploration and Production Ives-Louis Darrikarrer, Patric Poiyen, head of the oil refining sub-division, and Filip Buasso, who is in charge of the energy projects.

Last night Total company has has an emergency session, the company’s spokes person told Reuters without mentioning agenda of the meeting.

De Marjerie used to say that the successor should be the person from within the company, Reuters reminded.

He said among the possible candidates were Filip Buasso, chief of Total’s energy proejcts, and Patric Poiyev, chief of the oil refining sub-division.

* De Marjerie started working at Total in 1974. Since 2010 he headed the company as chairman of Board of Director and Chief Executive Director.