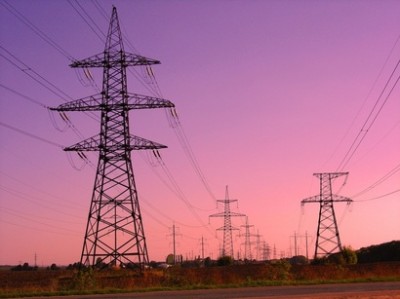 Iran and Armenia have agreed to build the third electricity transfer line between the two countries during the meeting of the two sides’ energy ministers.
Iran’s Energy Minister Hamid Chitchian and his Armenian counterpart Yervand Zakharian called for boosting energy exchange in a meeting in the Islamic Republic’s capital city of Tehran on Oct. 18, the official IRNA news agency reported.
The parties also have agreed two resume construction of two hydro-electric power plants on both sides of the border Araz River.
Chitchian said that the hydro-electric power plants projects experienced a period of halting due to banking problems, adding the problems have been resolved.
The Iranian minister said that there has been good cooperation between the two countries over the past two decades in the field of energy.
The Armenian minister, for his part, expressed hope that work on the power plants projects would begin soon.
Zakharian added that once these projects come on stream, energy exchange between Iran and Armenia will increase two to three folds.
In 2012, Iran and Armenia agreed on construction of a joint hydro-electric power plant on the Aras River, which borders the two countries.
Iran’s then energy minister Majid Namjou and Armenian President Serzh Sarksyan attended in the project’s groundbreaking ceremony in Nov. 2012, however its construction has been delayed so far.
Upon completion, the plant will be able to produce 260 megawatts of power, and includes two 130-megawatt plants, one in Iran and the other one in Armenia, according to the Iranian media outlets.
Armenia and Iran are scheduled simultaneously start the power plant construction in former’s Meghri and latter’s Qarachilar regions.