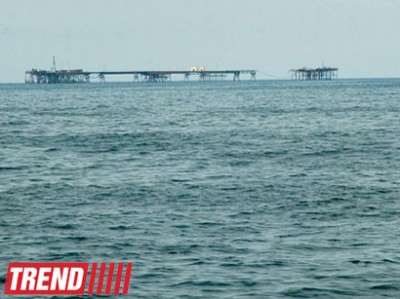 Speaking against the militarization of the Caspian Sea, Turkmenistan makes conscious efforts to create an atmosphere of trust and mutual understanding in the region, a message from the Turkmen government said on Sept.27 on the eve of the Caspian Summit to be held on Sept.29 in Astrakhan.
The country also supports the intensification of the joint efforts to ensure the regime of non-proliferation and disarmament, according to the governmental message.
“The upcoming meeting in Astrakhan is regarded as an important milestone for the development of friendship and cooperation between the Caspian Sea countries aiming to turn the Caspian Sea region into an oasis of peace and prosperity,” the governmental message said.
“Expressing confidence in the fruitfulness of the next round of the five-party talks, Turkmenistan hopes for the most positive discussions on the issues on the summit’s agenda, as well as the intensification of the economic, cultural and humanitarian cooperation with the countries of the region,” the Neutral Turkmenistan newspaper reported.
Turkmenistan supports the creation of the permanent mechanism of political consultations for developing common approaches to the maintenance of peace and security and prevention of conflict situations.
With this regard, during the 69th regular session of the UN General Assembly, Turkmenistan put forward proposals to review the idea of convening a forum on peace and security in the Central Asian region under the auspices of the UN in Ashgabat in 2015.
Turkmenistan’s military doctrine envisages sufficiency in the defense sphere, the policy of positive neutrality and refusal to participate in military-political blocs. At the same time, Turkmenistan has adopted a program for the development of the Navy till 2015.
“Turkmenistan, like any other state having access to the sea, needs vessels to patrol its maritime borders, to maintain their security and fight against such challenges of our time, as terrorism, organized crime and drug trafficking,” Turkmen President Gurbanguly Berdimuhamedov said in October 2011.
”The Caspian Sea should and will be a sea of friendship and harmony. Turkmenistan’s policy of neutrality, openness and good neighborliness is aimed at this,” the president said.