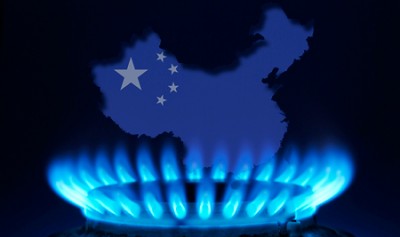 “If you don’t like the terms of Gazprom’s gas contracts in Europe, we’ll shut off the pipes and sell our gas elsewhere.” This is what Russian government officials have been telling the Europeans since 2009 when they announced at a conference in Salekhard beyond the Arctic Circle that the “elsewhere” was North America.

Later, when it dawned on Moscow that the United States needed none of Russian LNG, the same officials started threatening gas consumers in Europe with plans of switching over to the Chinese market. “The export flow of Russian gas to Asia will soon equal or surpass the volumes we are selling in Europe,” managers of Gazprom declared on quite a few occasions.

On September 1 Vladimir Putin continued this trend while inaugurating the Power of Siberia project, which is to connect gas fields in the east of the country with China. In the future, he said, the national gas pipelines would form a united network to enable Russia to change the routes of energy resources from the west to the east and back depending on the global market situation.

Simple arithmetic, however, remains the main challenge for this plan. Gazprom sells much more gas in Europe than China would even need to buy from Russia. Last year the export flow beyond the CIS borders totaled 138 billion cubic meters (plus 58 billion cubic meters to former Soviet republics) even as the maximum annual volume of Russian gas China might require is slightly over 30 billion cubic meters, as BP experts estimate. The Asian market is hardly an adequate replacement for Europe in this sense, as well as in the sense of financial value.

It would be naïve to expect the Chinese to be a reliable customer. The status of the single buyer at the far end of the costly Power of Siberia pipe gives Beijing a very strong incentive to demand changes of contract terms in favor of China—just as CNPC did in a recent oil contract with Rosneft.

The idea to punish the Europeans by depriving them of Russian gas supply can be a costly affair. Even though the official budget of the Chinese pipeline is 770 billion rubles (21 billion dollars at the current rate), a more realistic estimate is higher. It will take Gazprom at least 22 billion dollars to develop the Chayanda gas field to fill the pipe at an initial stage, plus 15 billion to install gas treatment equipment on the Amur River, plus 33 billion to build the initial, simplest, transportation infrastructure. To raise the annual volume to the desired 38 billion cubic meters by 2030, another gas field, Kovykta, will have to be developed, and connected to Chayanda with an 800-kilometer pipeline, at the extra cost of 22 billion dollars to 25 billion.

And if Moscow wants to be able to switch the flows from the west to the east, this infrastructure will have to be connected with the western grid by a high-capacity pipeline link that can transport all that gas. The cost of this nationwide project is going to be tremendous, and it is open to speculations where Gazprom can get all that cash, considering the regime of international sanctions against Russia.

There might be a solution, moneywise. On the same day of September Putin admitted that a Chinese partner may be allowed to farm into the Vankor oil project of Rosneft. It is worth noticing that the big strategic project needs no sophisticated technologies that the Russians could not get. It needs financing.

Rosneft, following a strategy of grabbing lots of expensive assets (such as TNK-BP), has accumulated a huge debt and pledged a large part of its future oil production to China in exchange for a loan, which is estimated to approach 70 billion dollars. Unable to go on without a steady influx of finance, Rosneft was forced to accept a Chinese partner in a lucrative upstream project in Siberia.

In the effort to finance the Power of Siberia project, Gazprom may be heading the same way as Rosneft. The only possible source of money for the new pipeline is no one else but China. And the terms of this assistance will be dictated from Beijing. The Kremlin’s inability to come to terms with the Western world does not come cheap.

Mikhail Krutikhin is a partner at the