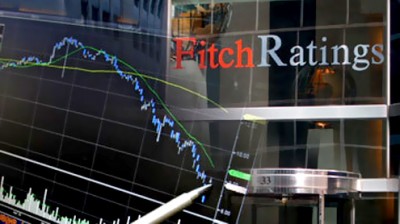 The issue ratings on Azerbaijan’s senior unsecured foreign and local currency bonds have also been affirmed at ‘BBB-‘.

The Country Ceiling has been affirmed at ‘BBB-‘ and the Short-term foreign currency IDR at ‘F3’.

KEY RATING DRIVERS The affirmation and Stable Outlook reflect the following key factors: Azerbaijan’s sovereign balance sheet is one of the strongest of any rated sovereign and underpins the rating.

The State Oil Fund of Azerbaijan (SOFAZ) reached USD37.6bn in 1H14. Adding USD15bn in foreign-exchange reserves at the Central Bank of Azerbaijan (CBAR), the sovereign’s gross external assets are equivalent to 69% of GDP. Fitch expects further modest growth in sovereign assets as the current account registers (diminishing) surpluses in 2014-16.

This should provide a buffer against oil price or production shocks and support the manat’s (AZN) peg to the USD at AZN0.78/USD1. The state budget ran a smaller surplus in 7M14 than in the corresponding period of 2013.

Fitch projects a small general government (GG) deficit in 2014, albeit below the original target of 3% of GDP owing to higher than expected oil prices (Brent crude averaged USD107/b in 9M14 against USD90 in the 2014 budget document).

Fitch forecasts that the GG will run deficits of 1%-2% of GDP annually in 2015-16 as the authorities keep current and capital spending high against a backdrop of diminishing revenue. Although relatively modest, this will extend the trend of deterioration in the budget balance in place since 2010, when the GG ran a surplus equivalent to 13.7%.

SOFAZ transferred AZN4.9bn (USD6.3bn) to the state budget in 1H14, or 52% of total revenue. The government’s long-term aim is to reduce the budget’s dependence on the SOFAZ transfer, and thus oil prices. The success of this strategy will crucially depend on the ability to develop a strong, sustainable non-oil economy. Fitch forecasts that GDP growth will slow to 3.3% in 2014 from 5.8% in 2013, and remain in the 3.5%-4.0% range in 2015-16.

Non-oil sector growth will be the driver of economic activity, with growth in hydrocarbons output stagnating as existing oilfields age and large ongoing gas projects have yet go on-stream. In the medium term, the government will pursue the twin aims of developing large gas reserves while continuing to diversify the economy in order to reduce its strong commodity dependence.

The key risk to Azerbaijan’s economy is a sudden and prolonged drop in oil prices. Indirect risks from the effect of sanctions of the Russian economy are contained, given the limited overall exposure to the Russian economy. However, the manat’s effective exchange rate has appreciated in 2014 owing to the steep depreciation of the Russian rouble, and if carried forward, this could hamper efforts to develop the non-oil economy.

The CBAR has undertaken macro-prudential measures to curb consumer lending growth, which consequently fell to 29% year on year in July 2014 from 40% in January. Nevertheless, the banking system remains a relative weakness. Majority state-owned International Bank of Azerbaijan (IBA), which controls one-third of the banking system’s assets, has asset quality problems, despite an ongoing AZN500m recapitalisation.

Governance is weaker and political risk higher in Azerbaijan than in the median of the ‘BBB’ category, according to World Bank governance indicators. High-level meetings are likely to continue in order to try and resolve the long-standing dispute with Armenia over the breakaway territory of Nagorno Karabakh. However, Fitch does not expect a permanent resolution in the foreseeable future. Given an increase in defence spending in both countries in recent years, the risk of renewed hostilities such as those seen in August 2014 is not negligible.

RATING SENSITIVITIES The Stable Outlook reflects Fitch’s assessment that upside and downside risks to the rating are currently balanced. Nonetheless, the following risk factors individually, or collectively, could trigger positive rating action: – Steps to correct the gradual deterioration of Azerbaijan’s budgetary position since 2010, sufficient to increase Fitch’s confidence in the longer-term sustainability of Azerbaijan’s sovereign balance sheet strengths. – A credible strategy for sustainable economic diversification, supported by reforms to improve governance and transparency.

The following risk factors individually, or collectively, could trigger negative rating action: – More rapid spending growth than forecast that eroded the country’s fiscal strength in the medium term. – A prolonged period of low oil prices. – A regional geopolitical shock severe enough to disrupt Azerbaijan’s economic or financial stability, such as a full-scale conflict over Nagorno Karabakh. KEY ASSUMPTIONS Fitch assumes that the global economy will develop broadly in line with the assumptions in the agency’s latest Global Economic Outlook. Growth and fiscal projections are sensitive to oil production assumptions. Fitch assumes that oil production stabilises in 2015-2018, although fluctuations are inevitable. Fitch assumes that domestic political stability is preserved.