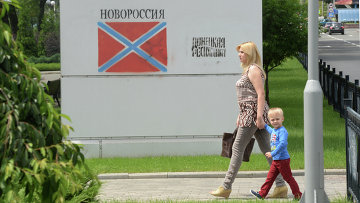 There might still be a way to solve the Ukraine crisis without escalating military action and the debilitating economic consequences of increased and lengthy sanctions, and that would be to give up the east of the country, just as the Crimea, and quickly join the rest to Europe, according to some analysts.

European leaders are meeting this weekend and the NATO military alliance holds a summit in Wales next week, with President Barack Obama already in Europe making strong comments against Russian president Vladimir Putin.

The presence of Russian troops in the Donbass region shows that Moscow is involved in what up to now was an internal battle, but NATO and the West are unlikely to retaliate with ground troops.

Economic sanctions imposed by the West could be increased but as with the Russian sanctions on food stuff, these sanctions take months to really start to hurt and in any case are as costly for the export sector, employment and economy of Europe as they are for Russian consumers and the domestic political climate there.

Several analysts said the best outcome may be a “frozen” conflict, far removed from a return of a cold war, in which Donbass and the Crimea are run by Russian proxies but the rest of the Ukraine gets stronger ties with and support from the West. A standoff to cool down.

Ulrich Speck is a visiting scholar at the Carnegie Europe think-tank and has published extensively on the conflict and German foreign policy.

“Russia’s advance in Ukraine could theoretically be stopped by the West through military force, but that has been ruled out from the beginning of the conflict. Ukraine’s border is a weak border, badly protected and not guaranteed by a strong power. Neither the US nor EU countries are ready to defend it,” he said.

“On behalf of the West, Germany has tried for more than half a year to convince Putin to step back from the brink of open war in Ukraine, but Berlin failed to achieve this goal. Neither western sanctions which already severely damage Russia’s economy nor German-led diplomatic efforts managed to convince Moscow that its military operations in Ukraine do not serve its interests,” Speck added.

“Russia defines its interests much differently than western democracies do. Putin apparently sees control over Ukraine a major foreign policy goal, even more important than good relations with the EU and the US,” he observed.

“It is clear now that Russia is the driving force behind the so-called insurgents, and that it is ready to even fight without any disguise in order to gain and hold territory in South and Eastern Ukraine. All the West can do immediately, and will do, is to step up sanctions. But these are unlikely to make a difference in the short term. The most likely outcome as things stand now is that Russia is going to create another so-called frozen conflict, putting proxies into charge of the regions it has militarily conquered,” Speck said.

“This will make it much more difficult to stabilize Ukraine’s statehood which is already fragile. But pushed into a conflict that the West wanted to avoid at nearly all costs, the US and especially the EU will have to invest seriously in making the rest of Ukraine a success story”, he concluded.

This analysis is largely shared by David Marples, a professor at the university of Alberta in Canada and currently a visiting professor at the Hokkaido University in Sapporo, Japan. He runs the UkraineAnalysis blog.

“The occupation of Novoazovsk by Russian troops and the potential battle for Mariupol threatens to trap a large contingent of ATO (anti-terrorist operation) forces in the Donetsk corridor and there would be options for the “Novorossiya” (New Russia) forces to open up a pathway to Crimea, and even beyond. On the other hand Russia’s forces remain quite small, between 1,000 and 15,000, according to different accounts,” he wrote.

“These figures, even at the upper limit, suggest that the Russian leadership has not yet committed to a full-scale assault on Ukraine, but is rather seeking to push the Ukrainians out of the Donbas and create a stalemate. First and foremost, it wishes to protect the two proxy governments and ensure that Ukraine does not take possession of its far-eastern provinces,” he added.

– Impose martial law and try to relief the trapped forces, with a risk of a wider military conflict.

– Withdraw ATO troops unilaterally from the Donbas. That option would leave the region under separatist and Russian control for the immediate future.

– Try to bring about immediate peace through negotiations. Russia would insist that the “people’s republics” must be included at the table but it would bring the EU and the United States into the equation and allow Ukraine to weigh its options.

“One possibility—it will not appeal to the more nationalistically minded—is to cut losses and solidify what remains. Ukraine might agree to the Donbas’ full autonomy or even independence—but not its joining Russia—provided that the latter (as well as the ATO) withdraw its troops and all aid to separatist forces, if the rest of the country were allowed by the West to take certain irrevocable steps,” Maples said.

The first of these would be direct, fast-track entry into the EU for the remainder of Ukraine, reducing the timeline for the usual bureaucratic processes and bringing about a quick vote in BrusselsThe second would be for Ukraine to join NATO, which would then offer full protection for the country minus the Donbas and Crimea. “Although in the past, many Ukrainians have been reticent about joining NATO, the vote today would be much closer, and without the Donbas and Crimea, it would likely be positive,” he said.

Ian Bremmer, president of the Eurasia Group, told Bloomberg Television that it was an illusion to think Donbass and Crimea would return to Ukraine.

In the meantime, it is most likely that sanctions against Russia will be stepped up.

“Europe does not have a lot of manoeuvring margin,” said Philippe Ricard of the Le Monde newspaper’s international service. He said further sanctions were possible like an end to defence contracts – France is still planning to deliver Mistral helicopter carriers under a 1.2 billion deal that safeguards many shipyard jobs.

Technology transfer sanctions or limits on financial transactions could also be imposed but Germany and Britain have reticences in these areas as it will hurt their industry and banks most.

“The leadership of Ukraine has asked since Thursday for military aid. A European answer will probably take time, but at the moment there is no question at all about delivering weapons to the Ukrainian forces,” Ricard said.

Europe and the United States should try to contain the crisis and work to a stand-off, not by just caving in to Putin but by taking a strong position from which to negotiate renewed peace.