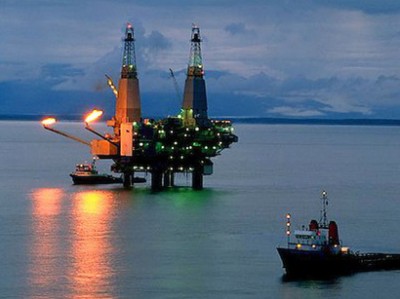 SOCAR (State Oil Company of Azerbaijan) drills a new well in the shallow part of “Guneshli” field in the Azerbaijani sector of the Caspian Sea, SOCAR stated on Aug. 18.

The projected depth of the well on the platform “Gunashli-13” is 3500 meters. According to the calculations of geologists, the daily debit of the well will make 150,000 cubic meters of gas and 15 tonnes of condensate.

The well will be on the balance of “28 May” Oil and Gas Management of SOCAR.

“Guneshli” field plays an important role in the oil and gas industry of Azerbaijan. The shallow part of the deposit is developed by SOCAR independently and the deep one as a part of the “Azeri-Chirag-Guneshli” block (together with foreign partners).

Within the frameworks of oil and gas production increase SOCAR has planned to drill 20 new wells in the shallow part of “Guneshli”. Alongside with the drilling of new wells, the repair works of the old wells are being implemented on the field.