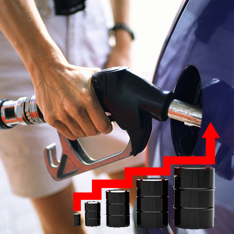 On March 31, 2014 the Azerbaijani government made a decision that the petrol with the octane level 95 and higher as well as Euro-5 petrol is no longer regulated by the state.

Therefore, frequent change of high octane petrol price at the local market of Azerbaijan is not a surprise anymore.

However, high octane petrol price is not different at various petrol stations, though these oil products are not regulated by the state.

Right after cancellation of state regulation SOCAR explained to the publicity that (the Cabinet of Ministers adopted the resolution No 42 to reduce excises of imported Ai-95 and Ai-98 petrol and cancel their customs duties) this will create possibility for import of high octane petrol into Azerbaijan at a relatively low price and their retail sale at free prices.

However, in the past time competitive environment was not created and all petrol stations had almost similar prices for Ai-95 and Ai-98. However, nobody is interested in that, despite reduction of prices in early April.

According to the State Statistical Committee, in 2013 only 179.8 tons or three cisterns of AI-98 petrol were imported. This is most likely the reason why price of this expensive oil product does no change at the local petrol stations.

However, Turan found out that from April 1 (the date of last increase in petrol price in Azerbaijan) till April 1, 2014 the prices of oil and oil products, in particular gasoline, decreased at the world markets. These data was distributed monthly by SOCAR’s Department of Marketing and Economic Operations, which is in charge of SOCAR’s business operations.

According to media, only two companies are in charge of import of high octane petrol. Petrol is imported from the Romanian oil refinery and delivered to the Georgian wholesale market.

Then why Ai-95 price is not lower in the western regions of Azerbaijan, than in Baku? It seems that transportation costs for 350-450 km must affect the price as well.