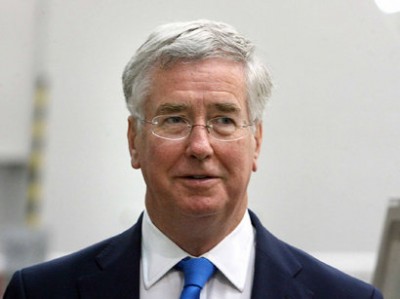 Fallon went on to add that Europe needs oil and gas.

The minister said that a big portion of the delivery growth was expected to be provided by Iraq, however the situation changed in such a way that now Europe needs supply from stable countries, like Azerbaijan.

Minister Fallon also said that the purpose of his visit is to further strengthen relations between Azerbaijan and Great Britain, not only in the energy sector but also in the financial sector, infrastructure and other areas.

The minister said he is expected to meet today with the Azerbaijani leadership.

Fallon said he will meet with Azerbaijani ministers of energy, finance, telecommunications and high technologies, representatives of Azerbaijani State Oil Company (SOCAR) and other structures in order to define new areas of cooperation.

The minister noted that one of the purposes of his visit to Azerbaijan is to demonstrate and confirm the commitment and support to this project and the interest in it.

The Southern Gas Corridor is a project designed for transporting Azerbaijani gas produced at the Shah Deniz field to Europe via Turkey.

On December 17, 2013, a final investment decision was made on the Stage 2 of Azerbaijani Shah Deniz offshore gas and condensate field’s development. The gas produced at this field will go to the European market.

The gas to be produced as part of the Stage 2 of the field’s development will be exported to Turkey and to the European markets by means of expanding the South Caucasus Pipeline and constructing the Trans-Anatolian Gas Pipeline (TANAP) and the Trans-Adriatic Pipeline (TAP).