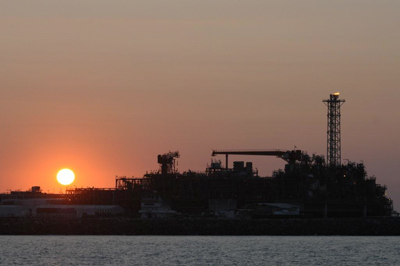 A YEAR ago, one of the world’s biggest oil and gas projects, the massive Kashagan field in Kazakhstan’s part of the Caspian Sea, was on the verge of starting production after more than a decade of development and US$40 billion in costs.

Its backers, a combination of international oil companies ExxonMobil, Shell, Total, Eni, Japan’s Inpex, the China National Petroleum Corp (CNPC) and Kazakhstan’s state-owned KazMunaiGas, had every expectation Kashagan would be producing as much as 8 million tonnes of oil this year, equivalent to 170,000 barrels a day.

But a series of gas leaks from pipelines soon after production started in mid-September last year brought the operation to a halt on October 9. Now, nine months later, instead of the expected cash flow, the partners are awaiting the results of a long and complex investigation into the pipeline failures.

A statement last month by the operator, North Caspian Operating Co (NCOC) said the “immediate cause of the pipeline failures was traced by material experts to be sulphide stress cracking, due to unexpected locally elevated harness in tiny areas of the steel.”

NCOC warned that “production is not expected to resume in 2014.”

It said the current assessment, based on investigations so far, was that both of the 90-km oil and gas pipelines that run from an artificial production island in the Caspian Sea to an onshore treatment plant at Bolashak “might have to be fully replaced.”

It is another setback for a project already nine years late, and one that has been plagued by cost blowouts and disputes among the consortium members and with the Kazakh government.

Kashagan, first discovered in 2000, is estimated to have about 35 billion barrels of oil in place with at least 9 billion barrels regarded as recoverable, making it one of the biggest fields outside the Middle East. Development costs so far are more than US$40 billion, and for the field to reach its full potential of 1.5 million barrels a day over the next decade may require another US$100 billion.

The most recent consortium entrant, China’s state-owned CNPC, paid about US$5 billion last year for a stake of 8.33 per cent that it bought from KazMunaiGas (KMG) under a deal overseen by Chinese President Xi Jinping and Kazakh President Nursultan Nazarbayev during Xi’s visit to Kazakhstan in September 2013. The original owner, ConocoPhillips, had sought to sell the stake to India’s Oil and Natural Gas Corporation (ONGC), but was required instead to sell to KMG after it exercised a pre-emptive buying right.

There was some gnashing of teeth in India after ONGC lost to China’s CNPC, but in hindsight that loss may not look so unlucky after all.

Early investors BP and Norway’s Statoil sold out in 2001. Another one of the original investors, BG Group, sold its 16.67 per cent stake in 2003 to KMG and other consortium members.

Eni, through its Agip KCO development arm, announced on September 11 last year that Kashagan’s first production well was operating, and said output would grow to 180,000 barrels a day from the 20 production wells of phase 1, and later would “increase progressively up to 370,000 barrels of oil equivalent per day”.

However, a gas leak led to the field being shut-in on September 26. Production resumed on October 6 but was shut again on October 9 after another leak.

While Kashagan has the potential to become one of the world’s top producing fields over the next decade, much will depend on how well the consortium handles the project’s complex challenges. These include the area’s very cold temperatures (the shallow waters are frozen for part of the year), the field’s great depth (4200 metres below the sea bed) and the high pressure of its reservoir.

Even if these challenges are overcome and the pipeline issues are resolved satisfactorily, there remains the logistics of getting Kashagan oil to market. There are four possible routes, of which the most immediately available is the pipeline north from Kazakhstan’s oil hub city of Atyrau in the Ural River delta to Samara in Russia, where it links into Transneft’s pipeline network.

But according to a 2013 study of Kashagan export possibilities by the London-based Centre for Global Energy Studies, this would mean blending high-quality Kashagan oil with Russia’s lower-quality Urals export grade, with a consequent loss of revenue.

The most desirable option may be the 1510-km Caspian Pipeline Consortium (CPC) pipeline, which runs from the Tengiz field south of Atyrau to Russia’s Black Sea port of Novorossiysk, where oil can be shipped through the Bosporus Strait to European or other markets.

A third option is a new oil pipeline from Atyrau to Kenkiyak, linking up with pipelines between Kenkiyak and Kumkol and from Atasu across the Chinese border to Alashankou. While this may be the most attractive for CNPC, it will take some time to complete.

A fourth option is the proposed Kazakhstan-Caspian Transportation System (KCTS), which would involve a new pipeline on the eastern side of the Caspian to a new terminal at Kuryk. Oil from both the Kashagan and Tengiz fields could be shipped across the Caspian to Baku in Azerbaijan, and then into the Baku-Tbilisi-Ceyhan pipeline that finishes on the Mediterranean Sea in Turkey.

Rail exports are also possible, but capacity is limited.

Geoff Hiscock writes on international business and is the author of “Earth Wars: The Battle for Global Resources,” published by Wiley.