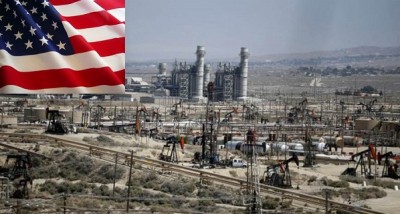 Despite all shortages and challenges, the shale revolution has taken place in the US. Oil production has reached the maximum of 28 years and natural gas production continues breaking the records.

Many big energy companies do not tend to evaluate the shale projects as positive as earlier and the opposition of environmentalists becomes stronger. However, some facts of the shale revolution should not be ignored.

26% of drilling rigs in the world are located on the territory of one US state – Texas.

Almost 50% of oil production in the US falls to Texas and North Dakota, in particular Bakken, Eagle Ford fields and Perm basin.

Meanwhile, Texas and North Dakota is not everything.

The energy sector has been developing rapidly in Oklahoma. At present this state occupies the 4th place in the US on the natural gas production, 5th place on oil production and 6th place on wind power.

According to the forecasts, cheap natural gas in the US will lead to growth of industrial projects, which could increase demand in gas by 20% by the end of 2020.

Cline Shale could become a new perspective field. It is also located in Texas. According to the estimates, Cline Shale has extractible resources of 30 billion barrels of oil equivalent, which makes it 50% bigger, than Bakken or Eagle Ford.

The production of the Perm basin has increased up to 1 million barrels a day at the expense of six formations.

Although US continues leading in shale oil production, EIA forecasts that by 2020 production from hard to extract sources outside of the US will reach 650,000 barrels a day.