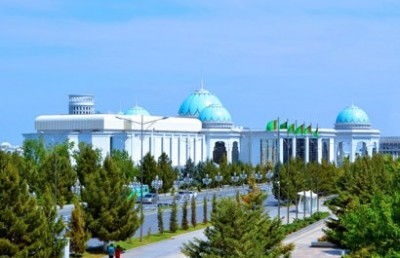 During his visit to Ashgabad Fabrisio Barbaso, Deputy General Director of the Energy Directorate of the European Commission, had discussed the energy cooperation and the issues related to protection of the Caspian Sea environment, reads statement of the Turkmenistan government released on June 12, 2014.

The statement reads that the meeting has taken place in the Turkmenistan Foreign Ministry.

Turkmenistan, which is on the fourth place on the amount of gas resources in the world, studies possibilities of gas transportation to the European market.  For this purpose it is planned to build the trans-Caspian gas pipeline to the Azerbaijani coasts, from where Turkmenistan gas could be delivered to Turkey and further to Europe.