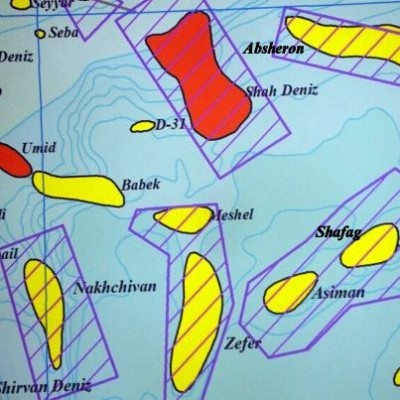 German utility RWE said on Thursday it was moving ahead with an evaluation of Azerbaijan’s Nakhchivan gas and oil deposit in the Caspian Sea after some technical delays, and planned to drill wells next year.

RWE and Azeri state energy firm SOCAR signed a memorandum of understanding in 2010 and planned to sign a production-sharing agreement over the Nakhchivan deposit in 2011, but have made little progress since then, leading to criticism from SOCAR.

“We are a little bit in delay in this term, but with regard to the entire project cycle we are still in a good shape,” Martin Wellens, RWE’s new projects department head for Europe and the CIS, told journalists on the sidelines of the Caspian Oil & Gas conference.

He said the company planned to complete seismic re-processing works within the next weeks and to finish its interpretation within two months in order to discuss the information and next steps with SOCAR.

“We hope to close everything (preparation works) within the next months and … to drill our well in the beginning of the next year,” Wellens said.

The Nakhchivan deposit is 90 km (55 miles) south of the Azeri capital, Baku, at a depth of 400-600 metres below the surface of the Caspian Sea. It was first discovered by Azeri oil explorers in 1960 and prepared for drilling in 1994.

ExxonMobil expressed interest in the deposit in 1997 and signed a contract with SOCAR at the time, but declined to continue exploration, citing the absence of significant reserves at the field.

According to preliminary government estimates, Nakhchivan may contain up to 300 billion cubic metres of gas.

RWE signed an agreement with SOCAR in April to examine the potential for oil and gas under the shallow waters off Azerbaijan’s Caspian coast.

The joint study would make a geological and geophysical evaluation in order to identify exploration opportunities in the area, which covers 850 square kilometres off the Absheron peninsula, south of Baku. The area does not include the Nakhchivan deposit.

RWE did not provide an estimate of the area’s reserve potential other than to say the basin is near other “world class oil and gas discoveries”.