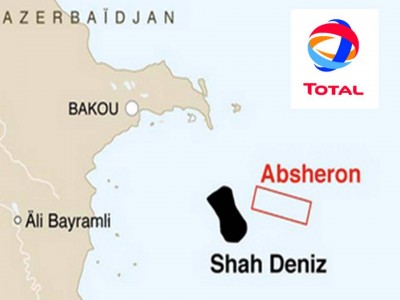 Judging by all, State Oil Company of Azerbaijan (SOCAR) could sell part of its share in the Absheron gas condensate project to the Russian state company Rosneft.

SOCAR President Rovnag Abdullayev told journalists yesterday that Russian Rosneft company is interested in involvement in development of the Azerbaijani field Absheron and exploration works on other perspective fields as a part of the joint venture to be created jointly with Rosneft.

“SOCAR is interested in involvement in development of the fields with hard to extract oil resources on the territory of Russia,” Abdullayev said.

He said Rosneft is among the world biggest oil companies, which has projects in Siberia, Arctic and other Russian regions and “we would like to take part in their development.”

Abdullayev added that some perspective projects in Russia are currently under consideration.

“Russia has many fields with hard to extract oil resources, which could total billion tons. These fields are not developed at present. We have possibilities and a good team to implement these projects. As a whole Russia has many perspectives and possibilities,” he added.

Abdullayev said that considering that capacity of the Baku-Novorossiysk pipeline is 5 million tons a year, “we will try to take advantage of all this capacity.”

SOCAR President added that the state companies’ experts will define perspective fields and consider possibility of cooperation till the end of the year.