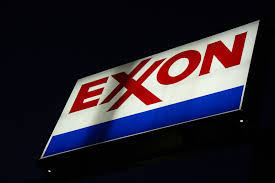 U.S. oil firm ExxonMobil is in talks with state-run Turkish Petroleum Corporation over a venture to explore for shale gas in the country’s southeast and northwest regions, a Turkish energy official said.

Exxon held talks with TPAO in 2012 to over a partnership in shale, but the negotiations were inconclusive. Turkish officials say talks have since advanced and are likely to result in an agreement.

“ExxonMobil is coming to Turkey to partner up with TPAO,” Selami Incedalci, the head of the energy ministry’s General Directorate of Petroleum Affairs, said late on Sunday.

He said ExxonMobil was interested in onshore opportunities in the southeast and Thrace, in northwestern Turkey.

Turkey wants to reduce its annual energy bill of around $60 billion and is developing domestic resources including nuclear, coal, solar and wind energy.

With domestic gas consumption rising, and its location well-placed to supply internationalmarkets, major exploitable reserves could be a game changer for Turkey’s economy and highly lucrative for whoever finds them.

Investors from the United States, Europe and Canada are also interested in Turkey’s shale gas and oil, Incedalci said, adding that the Ministry was planning to hold talks with potential investors in October.

Royal Dutch Shell is also drilling for shale gas in the region around the southeastern city of Diyarbakir, while Canadian firm TransAtlantic Petroleum is also active in the region.

That compares with U.S. Energy Intelligence Administration’s (EIA) assessment of 7,299 trillion cubic feet of estimated shale gas reserves in the United States, among the world’s top producers of the commodity.