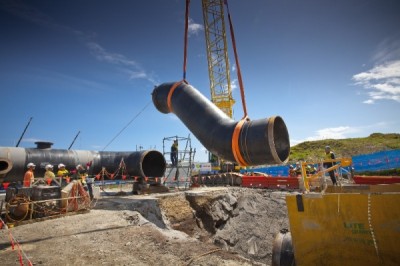 The construction work on the Trans Adriatic Pipeline (TAP) is being prepared, it will begin next year, TAP’s Managing Director Kjetil Tungland said at the 21st Caspian International Oil and Gas Conference in Baku on June 4.

“We are now in the process of securing the access to the lands. The next step will be awarding the necessary contracts. We will start inviting for bids this summer”, he said.

Tungland stressed that it is important to develop the whole Southern Gas Corridor chain step by step.

He said that TAP explores all supply opportunities, adding that Italy is not only market in the supply chain.

“Italy is interconnected with other European gas markets and it is important that these interconnections are in place,” he said.

The TAP project was selected by the consortium of Azerbaijani Shah Deniz field development as the transportation route to the European markets.

The approximately 870 km long pipeline will connect with the Trans Anatolian Pipeline (TANAP) near the Turkish-Greek border at Kipoi, cross Greece and Albania and the Adriatic Sea, before coming ashore in Southern Italy.

Tungland further noted that Albania is a fascinating market, yet the country doesn’t have any gas networks, and it is essential to establish them.

“TAP supports Albanian government in this initiative,” he said, adding that more potential partners are welcomed to join the process.

The State Oil Company of Azerbaijan Republic (SOCAR) last year expressed interest in creating a gas infrastructure in Albania. Albanian leadership, in turn, has stated that the construction of a gas transportation infrastructure in the country is a priority, and welcomed SOCAR’s intentions.