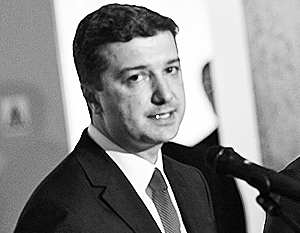 Sofia has never given up its plans to build the gas pipeline, said Bulgarian Energy Minister Dragomir Stoynev.

The project cannot be cancelled and it will be implemented sooner or later, he said on June 9, 2014.

“If one looks at the situation from a strategic viewpoint and without emotions, the South Stream project is inevitable and important both for Bulgaria and entire Europe,” Reuters quoted him as saying. Stoynev said he is confident that decision will be made on all the disputable issues related to the gas pipeline construction.

Right after Bulgaria the Serbian administration  announced its decision to suspend construction of South Stream, writes RIA Novosti. “The project will be suspended, till the talks between Bulgaria and Brussels and European Union and Russia are not completed,” said Serbian Vice Premier and Minister of Construction, Transport and Infrastructure Zoran Mikhailovich.