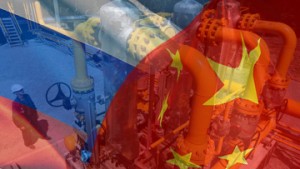 Official visit of Russian President Vladimir Putin to China begins tomorrow. The gas issue, which Russia and China have been discussing for almost ten years, will be among the main issues.

The gas contract will be signed with China on the conditions acceptable for Russia, said Aleksei Miller, chairman of Board of Gasprom, to Vesti Subbota program yesterday.

“The contract as a document is ready. We have already agreed the formula of the basic and starting price with our Chinese partners. There just a little bit left before signing of the contract for delivery of 28 billion cub.m. of gas from the east of Siberia to China for the period of 30 years,” said Gasprom chairman.

He said 38 billion cub.m. is just the beginning. “We have agreed with our Chinese partners that as soon as we sign the contract on the eastern route, we are going to begin talks on the western route. As far as the western route is concerned, its resources base is completely different – it is the same base, from which we deliver gas to Europe,” added Miller.

Gasprom chairman said that that resource base has more than enough gas. “We will be able to ensure delivery of a significant volume of gas to China, which in the medium term could be comparable with the volume of gas deliveries to Europe,” he added.