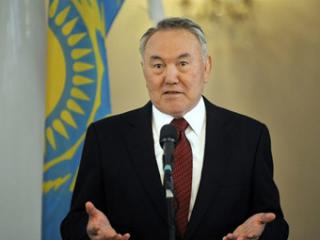 “We can provide power for development of China and over 25% of Kazakhstan oil is produced by China,” Kazakhstan President Nursultan Nazarbayev, who is currently on a state visit to China, said during his online conversation with the internet users in China.

He said in the future Kazakhstan oil production could be significantly increased with involvement of Chinese companies into development of the biggest Kashagan field.

Kazakhstan President added that China needs to supply the developing economy with energy resources and Kazakhstan could help China do that.

“We have already built the gas pipeline to China through Kazakhstan and the oil pipeline from the Caspian Sea to China. In 2012 we delivered 13 million tons of oil to China and we could increase it up to 20 million tons. Kazakhstan is also rich in coal, we have conducted talks today with the Chinese company concerning cooperation in the coal industry. Kazakhstan has the biggest uranium  deposits and we know that China plans to build the nuclear power station.  We are going to create the biggest cycle of nuclear fuel production in Kazakhstan jointly with the Chinese companies,” Nazarbayev added.

Nazarbayev has arrived in China to attend the Shanghai summit of the Conference on Cooperation and Confidence Measures in Asia.