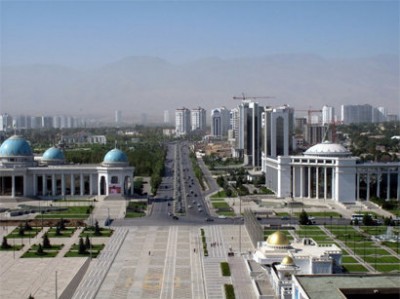 The fifth International Gas Congress of Turkmenistan opened on May 20 with participation of around 500 delegates from 32 countries, a message from the organizers of the event said.

The congress has been organized by Turkmenistan’s Turkmengaz State Concern, the Chamber of Commerce and Great Britain’s Summit Trade Events company.

Representatives of Turkmenistan’s state oil and gas corporations and leading international companies in this sphere are among the speakers, the organizers said.

Turkmenistan’s strategic position in the world’s gas market, as well as the international investments in the development of the country’s gas resources will be the leitmotifs of the event.

Additionally, the congress will focus on the issues regarding the stable and reliable gas transit and the prospects for Turkmenistan’s oil and gas sector.

The International Gas Congress will also touch upon the issues related to interdependence and interaction between gas producing and gas consuming countries.

During the forum, the participants will have discussions on gas processing and gas chemistry, as well as the optimization of Turkmenistan’s export potential in the oil and gas chemistry sphere, according to the organizer’s message.

Turkmenistan plays a key role in the energy market of the Caspian Sea region. The country produces around 70-80 billion cubic meters of gas per year and exports it to Russia and Iran. A route for supplying gas to China was opened in 2009.

The country ranks fourth for the volume of gas reserves in the world.

Around 38 oil fields, 82 gas condensate fields, as well as 153 gas fields, including 142 fields on land and 11 on the shelf of the Caspian Sea were opened in Turkmenistan, according to Turkmengeology State Concern.

The richest oil and gas field, Southern Yoloten-Osman (now Galkynysh), located in the country’s Mary province, was opened in 2006.