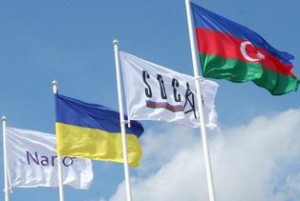 Till autumn 2014 SOCAR Energy Ukraine company plans to increase network of its petrol stations in Ukraine by 50%.

“In the near future we expect to open new petrol stations in the Ukrainian regions, where the company has never been represented before,” reported SOCAR Energy Ukraine, SOCAR’s daughter company.

Two new petrol stations were put into operation in Kremenchug city, Poltava district, and Kamenets-Podolsk city, Khmelnitsk district. The petrol stations are the first objects in these regions representing SOCAR’s networks. The certified oil products from the oil refineries in Poland, Lithuania and Belarus meeting Euro-5 standard are being sold here.

“Despite unstable political and economic situation in the country, SOCAR is going to continue developing its business in Ukraine. The company’s plans remain unchanged – to continue construction of new petrol stations and create jobs,” the company reported..

Elchin Mammadov, SOCAR Energy Ukraine General Director, said that the company’s goal is to strengthen its positions at the Ukrainian fuel market. “For this reason we continue developing network of our petrol stations both in the capital of Ukraine and its regions to supply its population with quality European oil products,” Mammadov said.

From 2009 to 2013 SOCAR has invested over $160 million into development of business in Ukraine and over $5 million into social and charitable initiatives. In Ukraine SOCAR has been developing a network of premium class petrol stations. SOCAR’s petrol stations have been already opened in Kiev, Odessa, Lvov, Nikolayevsk, Rovensk, Cherkassk, Khmelnitsk and Poltava district. The company imports oil products from the leading oil refineries in Poland, Lithuania and Belarus meeting Euro-5 standard.