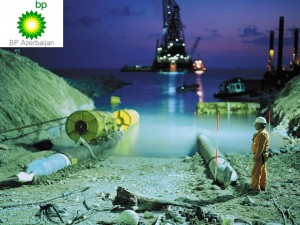 The Shah Deniz international consortium has signed two new contracts worth $1,144,000,000 within the framework of development of the Shah-Deniz Phase 2.

The construction and assembly works within this contract will be carried out at the Baku-based deep-water foundation plant. 2,750 people will be involved in these works.

The Shah Deniz consortium has also concluded a contract worth $394 million with FMC Technologies to deliver underwater production systems. The agreement envisages delivery of equipment for two production complexes at the initial stage. The complexes include underwater manifolds and related to it control units and connecting components. The works must be completed in 2017.