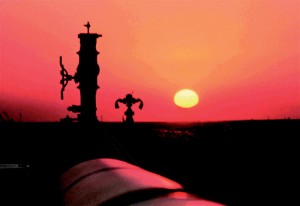 Zholt Hernady, President Hungarian biggest oil and gas company MOL, said that Europe will not be able to stop Russian oil and natural gas import in a short-term perspectve.

In his speech at the annual session of the MOL shareholders General Director and chairman of Board of Directors of the company mentioned energy safety of Europe said: “It is regrettable that somebody has paid attention to this situation only when the serious crisis has happened.”

Against the background of aggravation of the Ukrainian crisis the US and EU politicians have emphasized the necessity of diversification of the energy carriers deliveries to minimize “energy dependence on Russia.” Various proposals on more active work on the alternative deliveries have been forwarded.

MOL President, however, believes that the proposals on the possibility of gas import from Azerbaijan or deliveries of the liquefied natural gas (LNG) from the US are “unrealistic” and could compensate Europe only shortage of energy carriers’ import from North Africa, reported http://www.vestifinance.ru.