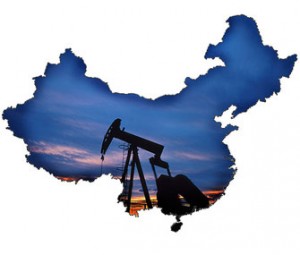 Kazakhstan’s sovereign wealth fund has drawn up a privatisation programme, planning to sell off state-controlled assets in the oil and gas, nuclear and railway industries worth around $10 billion by 2020.

Companies within Samruk-Kazyna also plan to borrow about $8 billion on domestic and foreign markets in the next two years to help fund their projects, the fund’s Financial Director Nurlan Rakhmetov told Reuters in an interview.

The fund has prepared a list of some 80 companies slated for sell-offs, Rakhmetov said. “Our rough estimates show that these companies are worth some 10 percent of our assets … which is $10 billion (to be sold) by 2020,” he said, adding that some of these companies were likely to attract foreign investors.

“But this is just their book cost, the market price may be fairly different.”

Without giving further detail, Rakhmetov said that some of the companies would be sold via IPOs, auctions or by attracting strategic investors.

He said a special privatisation commission would meet within the shortest possible time. “This list (of companies) will be finally approved at the prime minister level.

“The key reason for holding privatisations at this moment is not because we lack cash in our budget coffers,” Rakhmetov said. “We are going to hold them to solidify further the basis of our economy by strengthening the private sector.”

Kazakhstan, the world’s ninth-largest country by area but populated by just 17 million, is Central Asia’s largest economy and the second-largest ex-Soviet oil producer after Russia.

The government and central bank expect gross domestic product to expand by 6 percent this year. The economy grew by 6 percent last year after a 5 percent rise in 2012.

Samruk-Kazyna’s subsidiaries plan to borrow around $8 billion in the next two years to fund their expansion. KazMunaiGas alone plans to issue bonds worth $3 billion.

“A large chunk of external borrowing (in 2014) falls on KazMunaiGas – 257 billion tenge,” he said. “In 2015, domestic borrowing will total 370 billion tenge and external sources will account for 308 billion.”

External borrowing will be mainly through Eurobond issues, Rakhmetov said.

“KazMunaiGas (alone) will borrow 294 billion tenge (in 2015)… All this (borrowing) is linked to Kashagan and other projects,” Rakhmetov said.

KazMunaiGas holds 16.81 percent in the Kashagan oilfield in the Caspian Sea, the world’s biggest oil find in more than three decades. It has a 10 percent stake in the vast oil and gas condensate Karachaganak project and a 20 percent share in the onshore Tengiz oilfield.

Last year KazMunaiGas raised $3 billion via two Eurobond tranches, part of its borrowing programme of up to $10.5 billion. The company said at the time that the bulk of the $3 billion would be used to refinance old debts and be invested in Kashagan.