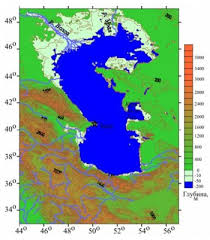 Ali Usuli, General Director Hazar oil company, announced completion of 2D seismic survey in Golestan province bordering on Turkmenistan and expressed hope that drilling works will begin after analysis of the seismic data by the end of this year (21.03.2015).

He drew attention to the fact that the data is being currently analyzed.  Usuli added that though one cannot speak about availability of hydrocarbon resources in this region before completion of the survey, the current data proves availability of gas fields.

He said Hazar oil company has submitted new projects and proposals on geological exploration and seismic survey in three provinces – Mazandaran, Gilan and Golestan – and if they are approved by the Board of Directors of the Iranian National Oil Company, wide-scale exploration works will begin in these three Caspian provinces.

Usuli said that the results of the previous survey should be revised, because they denied availability of hydrocarbon resources in the Caspian Sea, while the new ones helped to discover Sardar Jangal field. For this reason it is necessary to conduct new exploration works in three above-mentioned provinces.

The Iranian National Oil Company has a special attitude towards geological exploration in the border regions and on the  fields located on the border with the neighboring countries and Hazar oil company is guided by with these priorities in its operations, reported www.Iran.ru.