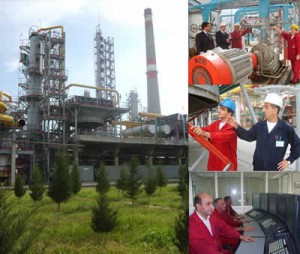 SOCAR reported that in the coming days it is going to suspend the primary oil refining installation for major repair at the Heydar Aliyev oil refinery. The installation is very important for petrol production.

In April 2014 the catalytic cracking installation is expected to be suspended for major repair and expanding of its capacity. The installation produces majority of petrol in the country.

Major repair of these installations is very important for SOCAR, because it allows increasing the production capacities, including production of petrol. Last year for the first time petrol consumption in Azerbaijan was equal to its production. During the past five years demand in oil products inside the country grew by average 9-10%. The reason of this growth is growing number of cars in the republic.