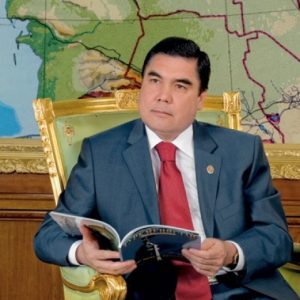 Transportation of gas volumes envisaged by the contracts signed with Russia and Iran is of priority importance for Turkmenistan, said Turkmenistan President Gurbangulu Berdymohammadov at a special session devoted to the oil and gas industry.

Russia will be able to receive Turkmen gas through the Middle Asia-Centre pipeline, which passes through Uzbekistan and Kazakhstan. Russian Gasprom company, which in 2003 signed the agreement with Turkmenistan on gas deliveries for 25 years. At this stage the pipeline has not been working at full capacity. In April 2009 Russia temporarily suspended Turkmenistan gas import, because of the accident. The technical issues have been solved, but under the influence of world recession Russia reduced gas purchase to 10-11 billion cub.m. since 2010, which is 4 times less, than it was purchased earlier.

In September 2013 Gasprom said that it hopes for revision of the contract conditions, “because the formula of the Turkmen gas purchasing price was fixed during the peak of European prices, but the formula of Gasprom’s selling price for Europe has been changed.”

Iran received Turkmenistan gas through several branches, the main of which is Korpeje-Kurt-Kui gas pipeline, which was put into operation in December 1995. Its carrying capacity was increased up to 8 billion cub.m. a year with the potential to increase up to 14 billion cub.m..  The gas buyer is Iranian National Gas Export Company.