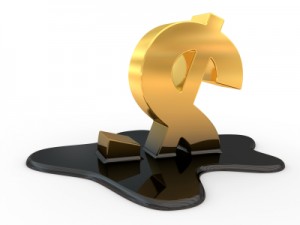 In the near future oil price will most likely go down, than up, because growth of production in the US outweighs influence of the geopolitical tension in Ukraine, Inrterfax-Ukraine told CNBC.

The oil boom in the US has more influence on the world market and its role will strengthen even more after opening of the Keystone pipeline branch from the terminal in Kushing, Oklahoma, to Port Arthur, Texas. Physical volume of oil traded at the New York exchange stock (NYMEX) is stored on the terminal in Kushing. The biggest oil refinery in the US, which used to be the biggest in the world, is located on Port Arthur. As it is located on the coast of the Gulf of Mexico, Port Arthur could become a new important centre of the oceanic transportation of oil and oil products.

Canada and Saudi Arabia still remain the biggest sources of import, but US buys less oil in Africa, import of hydrocarbons from Nigeria declined by almost 10 times to 34,000 barrels a day.