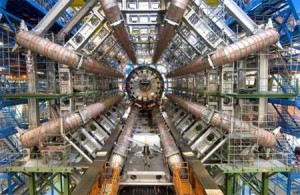 According to the forecasts of Maersk Drilling, the current decline in the offshore drilling will last 12-18 months and growth will resume at the drilling market in 2015, reported Reuters.

The oil companies postponed the projects, said Klaus Hemmingsen, General Director Maersk Drilling, which is a part of the Dutch conglomerate A.P. Moller-Maersk.

I would like to call rather a short-term, than a fundamental trend. We see postponement, but not cancellation of projects, Hemmingsen said.

Weakening of the market will most likely affect the works on the deep shores of Western Africa and Brazil, he said.

Another drilling companies warned that the market slowdown could last two more years, because big oil companies postponed the projects and reduce the capital investments to spend funds for payment of dividends. The drilling companies increase the platform parks, creating excessive capacities.

According to the analysts forecasts, this year investments into the oil and gas industry will increase by 4-6%, which is a significant reduction against the years with two-digit growth. Shell, Chevron and Statoil reduce the budgets of the offshore drilling.

Hemmingsen believes that the decline will stop after 12-18 months.