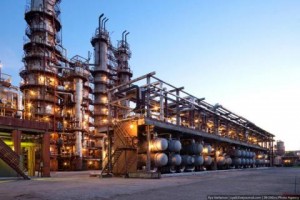 Preparations are underway for laying the foundation stone of the industrial complex for polyethylene and polypropylene production in the Kyyanly village of Turkmenistan’s Balkan province, a message from the country’s government said on March 25.

“It is planned to implement this project with participation of a Japanese consortium and a South Korean company,” the message from Turkmen government said.

This issue was discussed at a government meeting during which Turkmen President Gurbanguly Berdimuhamedov pointed out that the construction of this facility has been determined by the existence of the huge natural gas resources and plans for diversification of the country’s export potential.

“In general, approving the project for a new gas and chemical complex, the head of state instructed to hold strict control over the timely fulfillment of all tasks of the country’s fuel and energy complex which is a strategic sector of the national economy,” according to the message from the country’s government.

A number of industrial facilities worth $ 10 billion, including a gas chemical complex in Kyyanly will be built with Japanese capital in Turkmenistan in the near future.

The Turkmen State Bank for Foreign Economic Affairs and the Japanese Bank for International Cooperation (JBIC) signed a cooperation agreement to implement a large-scale project in September 2013.

Turkmenistan is at a transitional stage of its development. An article on the transition to market relations has recently appeared in the updated constitution. Turkmenistan is the region’s key natural gas supplier. Its gas importers are Russia, China and Iran.