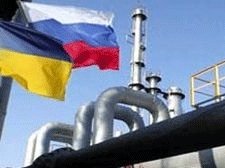 Ukraine’s overdue debt for Russian gas deliveries total $1,549,000 and with such a debt and payments the country will be unable to keep the effective gas discount, Gasprom’s official representative Sergei Kupriyanov told RIA Novosti.

“We have good relationships with Ukraine, but one should pay for gas. At present overdue debt totals $1,549,000. There is a huge debt not only for the last year, there is also debt for the current deliveries,” he said and added that Russia allotted Ukraine credit worth $3 billion to repay the gas debts.

“With such a gas payment and failure to honor its commitments, Ukraine will be unable to keep the effective gas discount. The agreement on the discount envisaged full and timely payment for the deliveries,” Kupriyanov added.