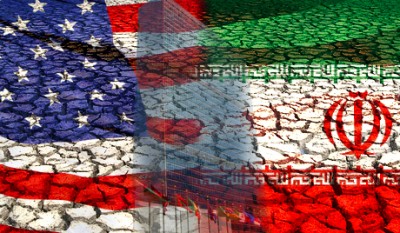 A delegation consisted of American oil experts will visit Tehran in the next Iranian calendar month (to start of February 20), Iran’s Mehr News Agency reported on February 8.

Also 12 renowned oil and energy experts from the United States, UK, and Japan will attend an international oil, gas, and petrochemical industries conference in Tehran.

Also it is expected that representatives from 3 major German oil companies including Siemens, Linde, and BASF travel to Tehran in near future.

The company made the announcement during the visit of a French business delegation to Iran on Tuesday.

The cooperation will be apart from that of Total and Technip in this field.

A delegation of more than 100 French companies arrived in Tehran on Monday in the biggest demonstration of western business interest in Iran for more than a decade, Financial Times reported.

The three-day visit which includes top French companies such as major oil firm Total, engineering company Alstom, telecoms group Orange and car manufacturer Renault, has raised hopes in Iran that an interim deal on its nuclear programme could lead to a return of foreign investment.

The victory of centrist President Hassan Rouhani last summer paved the way for the country to strike an interim nuclear deal with six major powers, the U.S., UK, France, Russia, China and Germany in November 2013 which took effect in January.

A visit to Iran by such a large French business delegation drew a stern warning from Washington that most US sanctions remain in place and will be enforced even against allies, AFP reported.

The 116-strong French delegation with representatives from major companies like Total, Lafarge and Peugeot, was the largest of its kind from Europe since a landmark nuclear deal reached with the major powers in November gave Iran limited relief from crippling US and EU sanctions.

French employers’ union Vice President Thierry Courtaigne said the delegation which arrived in Tehran on Monday, wanted to assess the commercial opportunities opened up by the easing of Western sanctions.

However a senior US official said Secretary of State John Kerry had telephoned his French counterpart Laurent Fabius to tell him that the visit, whilst from the private sector, was ‘not helpful’ in sending the message that ‘it is not business as usual’ with Iran.