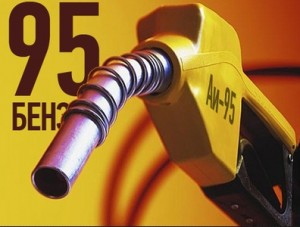 The transition to import of AI-95 gasoline will create competition in the market of this fuel in Azerbaijan, Energy Minister of Azerbaijan Natig Aliyev told journalists.

He said this means liberalization of the market, while maintaining certain control by the state.

“Everyone will be allowed to bring [AI-95 gasoline] and create competition in this market. But this only applies to AI-95 and AI- 98 gasoline,” the minister said.

AI-95 gasoline is supposed to be imported while AI-98 gasoline is already being imported into the country from abroad.

The head of SOCAR Rovnag Abdullayev said these measures are supposed to meet the growing demand for gasoline in Azerbaijan.

Currently, the capacities of oil refineries in Azerbaijan no longer cope with the growing volume of gasoline consumption in the country. That is why, SOCAR appealed to the government with a proposal to conduct a full transition to the production of AI-92 gasoline. AI-95 and AI-98 gasoline will be imported by companies engaged in retail sales of gasoline in the country.

Earlier by a decision of Azerbaijani government, dated January 21, 2013, the imports of gasoline with 95 and 92 octane rating was exempted from customs duty and excise tax until June 2014, which was not due to the gasoline shortages in the country, but because of plans on suspending the catalytic cracking unit at the Heydar Aliyev Baku Oil Refinery.

The oil products are produced at two Baku oil refineries. Both oil refineries belong to SOCAR, which annually processes approximately seven million tons of oil extracted onshore and offshore with its own funds.

The price of oil products in Azerbaijan are fixed and determined by the Tariff Council. The retail price of gasoline increased in Azerbaijan in line with the council’s decision, dated December 3, 2013.

The last time fuel prices changed in Azerbaijan was in 2007.