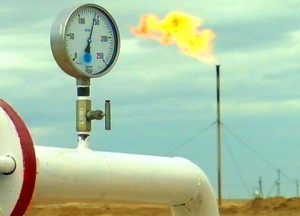 The implementation of the Trans-Adriatic (TAP) and Trans-Anatolian (TANAP) gas pipeline projects will make a great contribution to ensuring the region’s energy security and that of Europe, Deputy Minister of Economy and Industry Sevinj Hasanova said on Feb.7 at the third Tax Forum in Baku entitled ‘Azerbaijani tax system: Realities and Prospects’.

The implementation of these large energy projects will contribute to the development of the economy of Azerbaijan and the countries through which these pipelines will run, according to Hasanova.

The deputy minister said that the adoption of the final investment decision on the second phase of development of the Shah Deniz gas condensate field in the Azerbaijani sector of the Caspian Sea, laid foundations for its future large scale development.

The final investment decision on the second phase of development of Shah Deniz where gas will go first to the European market was adopted in Baku on Dec.17, 2013.

Gas within the second stage of the field’s development will be exported to Europe through expansion of the South Caucasus gas pipeline and construction of the Trans-Anatolian (TANAP) and Trans-Adriatic (TAP) gas pipelines.