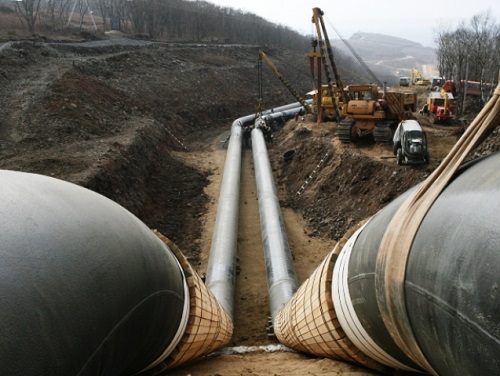 The main part of the costs for the Trans-Anadolu pipeline (TANAP) will be covered at the expenses of the partners of the project, because of strategic importance of TANAP, Samir Kerimli, Vice President of SOCAR Turkey company, said in his interview to Turkish Hurriyet newspaper.

He said it is important for the Azerbaijani officials to start the project implementation in time – in 2018. “Thus, Azerbaijan tries to prevent any delays related to financing the TANAP implementation,” said SOCAR Turkey Vice President.

The same source said that $7 out of $12 billion will be allocated by State Oil Company of Azerbaijan (SOCAR) for the TANAP implementation in cash. $3-4 billion will be provided by Turkish Botas company and $1-2 billion by British BP.

BP-Turkey Executive Director Wood Fukrell drew attention to the fact that dependence of European economy on natural gas will keep growing till 2035, which will only strengthen TANAP’s importance. He did not rule out that in the future Turkey will be able to receive more gas, than it was stipulated by the effective TANAP agreements.

The TANAP agreement was signed on June 26, 2012 in Istanbul. The gas pipeline will be used to transport Azerbaijani gas from the Georgian-Turkish border to the western border of Turkey.

The shares in TANAP are currently distributed as following: SOCAR – 68%, BOTAS – 20% and BP-12%. SOCAR administration said that the Turkish side has requested to consider the possibility to increase BOTAS’s share in the up to 30%.